Based on true events, the film tells the story of high school athlete Caroline Found and the West High School Trojans' girls volleyball team. After Caroline "Line" Found dies tragically, her team must band together under the guidance of their tough-love coach in hopes of winning the state championship.

“The Miracle Season” is not a bad film, despite its heavy handed heart tugging. The film hits all the notes it should and offers a few well paced and heartfelt moments.

William Hurt, who plays Caroline's kind and compassionate grieving father is counterbalanced by Helen Hunt's more direct and seemingly insensitive Coach Bresnahan. The juxtaposition of the pair seems to reflect the two sides of the grieving process.


However that being said, the film just can't seem to get out of second gear as it trudges along to its inevitable wet hanky ending.

“The Miracle Season” ends up being a run of the mill sports film with a spattering of better than average moments.

After all the dogs contract a disease, the canines are banished to an island where they must fight to survive. But everything changes when a 12-year old boy arrives looking for his pet.

“Isle of Dogs” is a cautionary tale about bigotry, political power, love and truth. The film is wonderfully eccentric, funny and touching at the same time. 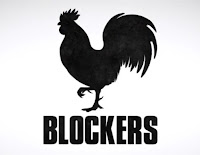 Written, directed and starring John Krasinski and Emily Blunt, the film takes place in a few years from now and focuses on a family who must live in complete silence as they are surrounded by creatures that hunt by sound. One sound can summon these horrifying aliens who shred anything in their path.

Last year the horror film “Get Out,” was a surprise hit because the film took its time to unwind for the audience, building the horror and the intensity slowly.

This year, “A Quiet Place,” which also paces itself meticulously, is an early offering for the best horror film of the year and a sign that the horror genre, overall, is heading for a kind of rebirth.

If you're a fan of the thriller / horror genre,“A Quiet Place” is a must see.

Posted by Tony's Talking Pictures Blogs at 9:16 PM No comments: