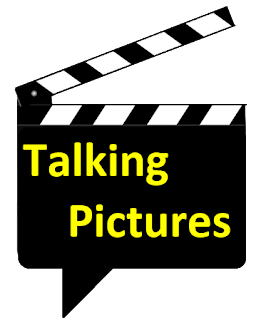 AlliedIn 1942, an intelligence officer in North Africa encounters a female French Resistance fighter on a deadly mission behind enemy lines. When they reunite in London, their relationship is tested by the pressures of war."Allied" offers strong performances from both of its leads. Brad Pitt's character, Max, is reserved and introverted as he moves through the film's story. It is only when he gets involved with his espionage counterpart, Marianne, played by Marion Cotillard, that he lets his walls down.Cotillard's Marianne is the heart and soul of this love story / thriller, as she is extroverted and joyful, playing almost an opposite to Pitt's MaxThe story is intricately woven and well directed, but the pace is somewhat slower than it needed to be. But in the end, this well-written thriller, although slow to boil, has an unmistakable charm to it."Allied" gets a B and is rated R.

Moana is the chief's daughter, an adventurous teenager who sets sail on a daring mission to save her people. Moana needs the once-mighty demigod Maui, to guide her in her quest to become a master wayfinder.

Together they sail across the vast ocean to return a priceless artifact. Along the way the pair encounter many obstacles and ask the question "What is my place in the world?"

"Moana" is a joyfully exuberant buddy picture, in which the heroes learn more about themselves and the power of friendship and loyalty. Added to that is a rich score, written by "Hamilton" composer Lin-Manuel Miranda, influenced by South Pacific rhythms.

"Moana" gets an A and is rated PG.

Posted by Tony's Talking Pictures Blogs at 11:21 PM No comments: