A Week on the Food Trail

It was a pretty good week...


Beginning Sunday August 9th with a trip to New York City to screen the film "American Ultra" and on Monday chat with its main cast Jesse Eisenberg and Kristen Stewart.

From New York I headed to Chicago to chat with several restaurant owners for my new TV shows called "Where There's Smoke."

After meeting up with show host Jason Swayne and his wife Michelle, we hit 2 great spots in Chicago.

Tuesday: Gyros on the Spit 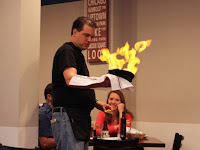 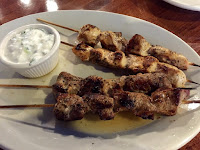 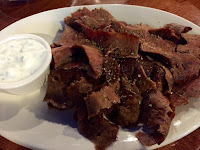 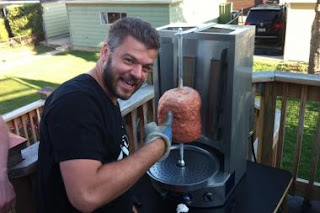 Dino and his staff don't do it easy... they do it good!


The second place headed to was one of the landmark restaurants in Chicago. "The Billy Goat Tavern.


The Billy Goat hit infamy in the 1970's when former Second City member John Belushi and several members of SNL did a spoof of the Billy Goat.

Our small crew filmed a segment where we are cooking the burgers! Needless to say we had a blast there and earned out paper hats!

Here's a look at what we filmed - Click Here

Wednesday: Detroit and the Townhouse Restaurant


It was off to Detroit from Chicago and the 3 hour drive had made us very hungry. Our first restaurant to cover in Detroit was the new upscale eatery "Townhouse"

We honestly could smell the aroma of their Angus beef burgers cooking a block away. We interviewed the owner who has worked tirelessly to create a place where you not only feel comfortable but the food is magnificent. 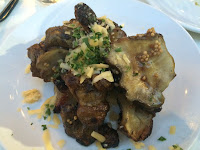 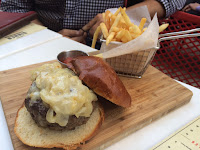 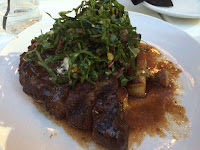 Working with local farms, The Townhouse offers up the best in afternoon and evening cuisine with an emphasis of healthy cooking.

While there I ran into an old friend, one of Detroit's media stars, Elizabeth Atkins. Her show, "MI Healthy Mind" on Detroit's TV 20, is all about healthy choices for mind, body and soul.

Needless to say Elizabeth has a lot to say when it comes to what to eat and how to get the most out of locally cultivated foods.

The food at The Townhouse was amazing everything seasoned to bring the best natural flavors out in each and every dish.


Thursday: Detroit and the Hudson Cafe and Hot Dog Wars.

The Hudson cafe is home to a mouth-watering dish called The Red Velvet Pancake. But there's more, there's eggs and bacon and chicken and waffles and Greek breakfast potatoes. 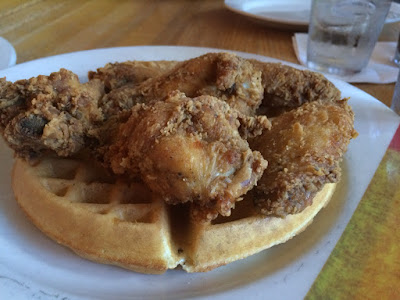 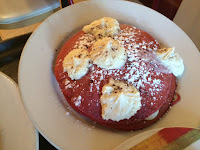 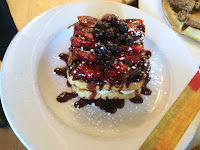 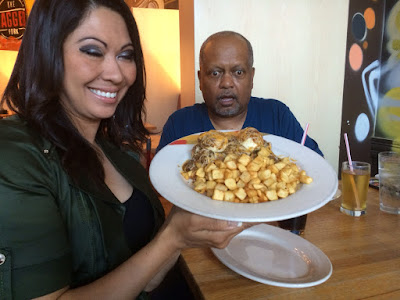 Served with a Greek flair (meaning there's LOTS), the food is exceptional. At the Hudson Cafe I met up with the beautiful MelindaAnn Prince, sportscaster who has the envious job of following and interviewing both the Detroit Lions and the Detroit Pistons.

MelindaAnn and I have know each other for about 5 years. Also meeting us for breakfast was Greg Russell, who is Detroit's film critic and can be seen on the NBC affiliate in the city. Greg also produces and hosts his own entertainment show called "The Movie Show Plus."

Sharing a huge breakfast, Melinda told me the Hudson serves breakfast several days a week to members of both teams.

During our conversation Greg told me about a war that has been waging in Detroit for almost 100 years. It seems 2 hot dog places are in a bitter fight to prove they are the best.

The 2 hot dog purveyors operate side by side in downtown Detroit. And for years have been arguing over who has the best dog in town. 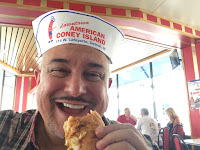 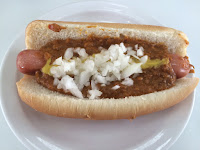 We filmed our own scientific challenge, but you'll have to wait to see the show to see who won!

I left Detroit the next morning (not a bit hungry) and headed home. Ok. Time to exercise and diet.

Posted by Tony's Talking Pictures Blogs at 6:05 PM No comments: